Radon and your home

Radon is an invisible, colourless and odourless gas that is found naturally in the earth’s crust. It’s diluted by the outdoor air, so we are only exposed to very small amounts of it when we spend time outside. But during the cold winter months when we tend to stay indoors, radon seeping in from the foundations of our homes can start to build up.

Radon is a carcinogen, meaning that based on evidence from animal and human studies, it can lead to cancer. In the past, most of what we knew about radon and cancer came from studies on miners. Miners are exposed to higher levels of radon because they spend a lot of time underground, and researchers have seen more lung cancer cases in miners compared to the general public. The Burden of Occupational Cancer study describes radon in the workplace and cancer risk in more detail. In the ComPARe study, we looked at radon in the homes of Canadians (called residential radon).

Not all homes are exposed to the same levels of radon. Differences in the Earth’s crust, and the distribution of radon deposits across residential areas mean that some areas have higher levels of radon than others. The type, age and other structural characteristics of a building also affect its radon levels (for example, basements and ground floors tend to have higher levels than upper floors).

Several studies have found evidence of a relationship between low doses of residential radon and lung cancer in the general public. Our research team used evidence from these studies to investigate residential radon and lung cancer in Canada. We determined that lung cancer risk increases even at low radon levels, which means there is no risk-free level of radon exposure. We also emphasized the importance of understanding seasonal radon exposure, since Canada’s cold winters can lead to increased exposure.

Current Canadian guidelines recommend that residential radon levels not exceed 200 Bq/m3, but this guideline is double what is recommended by the World Health Organization (100 Bq/m3). As part of our work, we found that 12% of Canadians are exposed to radon levels that exceed the World Health Organization guidelines. We also found that if radon was reduced to an acceptable level in these homes, we could prevent 3,600 lung cancer cases by 2042.

Residential radon is an important modifiable risk factor for lung cancer. It can take decades before residential radon leads to lung cancer, and reducing your risk starts with knowing your exposure. The first step is to test your home for radon – and there’s no better time to do it than during Take Action on Radon Month this November! You can buy a simple radon home test kit online or at a hardware store. The test is analyzed in a lab and the results are sent back to you. Based on the results, you can start to reduce your radon exposure (called radon mitigation) by sealing the foundation of your home or installing special fans that filter out radon.

Learn more about radon and your home from Health Canada. 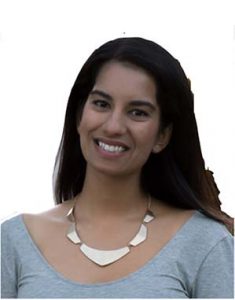 Speeding up knowledge to practice
July 14, 2020

Why we need to start reducing air pollution now for a healthy future
February 28, 2020
Projecting a future with fewer cancers
February 12, 2020
Infections as a cause of cancer in Canada
January 15, 2020